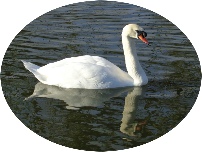 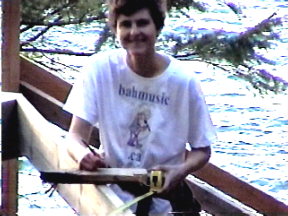 Last night, Sean and Annabella and Zendur and I, after sharing reminiscent images of Helen over a thanksgiving meal of rice with fish, chili and wine, were drawn towards each other and hugged each other so tightly that it felt like we were congealing into one big tree in the forest.  Life without Helen really does suck, ...

Helen was always delighted with neatsy concepts from nonlinear physics and I remember her pleasure when I shared with her the notion of 'un trou blanc' (a white hole) from quantum physics proposed by researchers investigating the homeopathic healing effects of hyperdilute solutions.

According to the researchers, there are virtual, inductive wave effects when one takes material out of solution that are the reverse of the tangible, propagating wave effects when material is put into the solution.   The imagery is one of dropping grains of salt into a mirror-calm solvent and seeing the waves propagate outwards from the point where they splash into the solvent, and on the other hand, when the material is removed from the solution,... waves of 'desire' are 'awakened' in the solution, orienting the collective solute to the 'healing' of the 'hole' left by the departing of the material.  Helen delighted, as well, in the two-sided implication implied by the words 'innering' and 'outering', … the holonically fractal suggestion of innerings within outerings like whorls within whorls in the tidal currents of the ocean and the 'footprints' of passing whale pods.

Helen is always 'playing tricks', ... taking an idea that you shared with her and going farther with it than you had imagined it could be taken.  She would draw you into a discussion of some conflict where, as soon as the lines were drawn between 'the good' and 'the bad' and you voiced your agreement that yes, 'he' or 'she' or 'they' were 'wrong' to act like that, she would out-zoom the imagery into a larger encompassing sphere where the tale of conflict was exposed as merely a locally emergent upwelling within a continuing larger story whose love-flow was capable of subsuming and dissolving all momentary conflicts.  Yes, one could 'judge' and point to 'wrong-doing' but that was only the little story and there was always a bigger enveloping-including story, a trou-blanc of love-flow that would inevitably pull the explicitly differentiating polar agents of conflict back into a resonant one-ness, ... making one realize that the explicit separation that you thought was there was a self-deluding separation, a house of cards founded on the freeze-framing faculty of rational judgement that we impose, arbitrarily and subjectively, on goings-on within the continuing over-enveloping flow that includes us and what we are looking out at.

Right now, Helen's family and friends, myself included, seem to be abandoning themselves/ourselves to the healing waves from the massive 'trou blanc' her material loss has created, or 'uncreated' as the case may be, ... which, rather than having the bounded form of a 'bubble' embodies the unbounded connectedness of a channel or corridor that opens outward and upward, like the 'wall cloud' tongue of the tornado as it withdraws back into the holiness of the misty atmosphere after playing with the material forms of the earthy landscape.

Last night, we had agreed that all we wanted to do was to abandon ourselves to our deepest authenticity as we were drawn into the spiraling slipstream of her material departure, ... to let the heartfelt message in our emergent behaviour be spoken in the whorley medium of her withdrawing materiality.

This morning, three days after we touched hands in this same space, something told me not to respond to a reflex to take a shower so that I would still be wearing the same 'oils' as when Helen touched me last, a material connectedness that could sit with me here in this same place as I type this remembrance.  Of course, I am left sitting here feeling a bit ridiculous, not knowing whether it is my 'authenticity' that is responsible for this unclean behaviour or whether it is Helen playing tricks.

But in the end, not knowing the difference between the two, ... not wanting there to even be a difference resolves the question in a love-filled way.   One can't be a 'victim' unless one chooses to be.   Being the 'straight man' in a joke is what makes the joke a joke, ... and accepting co-authorship is what makes the joke a happy joke while recoiling to avoid being the object of laughter 'de-couples' the joker from the jokee, forcibly confirming the negative proposition that the joke has been at the jokee's expense, a 'framing' that is fully in the hands of the jokee and the extent to which he can suspend the individualizing authority of his ego to allow the humility of interconnectedness 'take over the helm'. When it comes to Helen's jokes, I will always opt for an ego-relaxing co-authorship.

More than this, I accept and welcome into my transforming authenticity these rich infusions and interpermeations induced/inspired by Helen's 'trou blanc', ...the subtle and mischievous shaping of my behaviour by the spiraling pull of her playful essence that has been escalated from tropical storm to hurricane force by her material pull-back into the enveloping-including dynamical Holeyness; i.e. her 'spirit' in those word-terms that we, as scientifically reasoning westerners, seem scared to open ourselves up to, but which ignore our conservatism as they carry on with their shaping of the world dynamic.

Just before Helen came to lay her hands on my shoulders we were speaking of Janis Joplin's emotional soliloquy;

"I don't understand how come you're gone, man I don't understand why half the world is still crying, man, when the other half of the world is still crying too, man, I can't get it together I mean, if you got a cat for one day, man...I mean, if you, say, say, if you want a cat for 365 days, right...You ain't got him for 365 days, you got him for one day, man Well I tell you that one day, man, better be your life, man Because, you know, you can say, oh man, you can cry about the other 364, man, but you're gonna lose that one day, man, and that's all you've got You gotta call that love, man That's what it is, man If you got it today you don't want it tomorrow, man, 'cause you don't need it, 'cause as a matter of fact, as we discovered in the train, tomorrow never happens, man It's all the same fucking day, man"

Our discussion was not about death but about ongoing life, ... about the fact that Janis lives on in us, ... that 'memory' is the whole continuously accumulating dynamical solvent that immerses and includes us together with our ancestors, ... that the disjuncture between past, present and future is a mechanical, materialist illusion of convenience, ... a reductive view that we impose on our rational model of the world that we cannot impose on Nature and Life itself.

This 'in memoriam' does not refer to paying respects to material objects and events plotted on a purported horizontal axis of 'time' that we envisage are going to relentlessly distance themselves from us, ... that are doomed to shrink and fade into dusty nothingness as the trajectory of 'the present' clunks forward over the synthetic calibration gearpoints of an invented chronology.   This 'in memoriam' is a celebration of acceptance that memory is everything, ... the transforming space-time of 'place' that continually self-enriches and evolves by what transpires within it, ... that includes us and those we love as a continuing presence that transcends the rational horizontal instrument of time with its synthetic surgical divisions into past, present and future.

In the appendix to Helens's report on her participation in a community water-improvement project in Teotecacinte, Nicarauga, there is a 'cartoon' that gives counsel on preparing oral rehydration fluid for children suffering from diarrhoea that says; "Before adding sugar, taste it to make sure that it is no saltier than tears." and below it there are two little cartoon characters, one with a word balloon that says "But who remembers the taste of tears?" and another that responds "Who doesn't taste them every day?"

Joyfulness and tears seem to be the dual flavouring of the medium of life that immerses and includes us, ... in the manner that the air fills the space outside of us at the same time as it fills the space inside of us.  'Living' is the trickster that has positioned us at the confluence of the two, where 'our' (in-the-singular) breathing-in is, at the same time, 'our' (in-the-plural) breathing-out.  To partake of life is to awarely or unawarely accept the innate dynamically inclusional one-ness of the individual and the collective.

Helen's trou blanc waves that are so strongly pulling on 'us' as both individual and collective,  ...pulling us spontaneously into circles of togetherness, ... feel like a soft warm whispering, telling us that loving our singular and plural self 'is' the balancing of our innerings and outerings, ... telling us that we are the ones that we have been waiting for, ... telling us that this love that is pulling us together is the living embodiment of Owl.

POEM for Owl - a priestess of Lilith

Sitting in a bowl of darkness

You opened the door out of time.

As you feel the earth’s embrace,

Slip away into the ocean of stars,

Let your wings open over the dark abyss,

And see the ones who fly with you

Over the dry river.

The tide of tears will carry you